Surely one of the greatest advance in the science of teeth straightening has been the invention of the clear aligner? Up until 1997, the only way to get your teeth straightened was with brackets cemented onto your teeth strung together with wires that were progressively tightened by your dentist to pull your teeth into alignment. They were big, they were metal and they made eating harder and looking good almost impossible.

No wonder then that many teenagers or young adults with mildly wonky teeth decided to not go through the braces in Windsor. But, here we are in 2018 and braces in Windsor now include Invisalign, the brand name of the original clear aligners, which has been successfully used on over 4 million people worldwide. 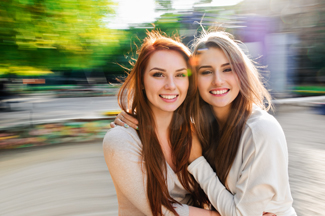 At Old Windsor Dental Practice, we are so familiar with Invisalign that we forget that many of our patients have never heard of this innovative way of getting straighter teeth. It’s not as if you ever see anyone wearing them, after all. People are wearing them. You can’t just see them. This is because the clear aligners are made of transparent plastic that is so thin, only 0.3mm, that when someone puts their aligners on over their teeth, they disappear from view.

This is what makes Invisalign so popular amongst adults wanting braces in Windsor. Traditional bracket and wire braces are associated with gawky adolescence and being the nerd standing alone in the playground at school. This is not an image that most adults wish to project at work, especially if their career involves liaising with the public. Invisalign has replaced braces in Windsor for people who have mild to moderate misalignments and want to keep their treatment to themselves.

Invisalign aligners look like mouth guards. You receives a series of them and wear them in order, one after the other. Each aligner takes 7-10 days to do its part in gently nudging your teeth along the route to alignment, thanks to precisely positioned pressure points built into them. These points are calculated based on detailed measurements taken of your teeth and computer programming that works out how your teeth need to move to reach alignment.

My daughter has been receiving treatment for the past years and I have always found the staff to be very friendly and [...]